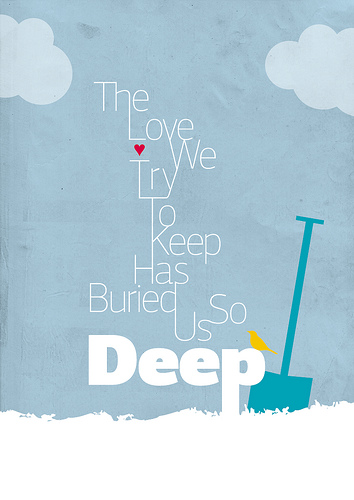 Elie Wiesel was right when he said, “The opposite of love is not hate, it’s indifference.”

More than the anger, criticism and tantrums, what can really hurt us to the core is disengagement.  The cold wall that blocks any and all interaction can leave one feeling betrayed and abandoned.  No wonder then that many close relationships get stuck in patterns of angry tantrums or violent exchanges.  Though it is unlikely that anyone would consciously prefer constant argument or abuse, what it does achieve is some form of engagement.  Any distance may feel risky, as there may be a conscious or unconscious fear of either losing the person or the relationship undergoing a fundamental, significant change.  Though space and time may bring a sensible pause to reflect and re-evaluate behaviors,  it is not given a fair chance.

However exhausting and frustrating the engagement, in a convoluted way, both parties are unwilling for separation.   While the two people are tied up in these verbal, emotional, physical or energetic cords, there can remain alive a secret hope of resolution.  A connection, no matter how unhealthy or self sabotaging it may be.

The truth is that emotions often drive us to behave in irrational ways.

Until we stop to examine our patterns.  And decide to break the unsaid rules we have mutually agreed to.  There are more harmonious ways to interact and if all possibility of a mutually respectful interaction is lost, then it is time to rewrite this story.

Such situations are often distinguishable by the demonstrations of ‘control dramas’ as described by James Redfield in ‘The Celestine Vision’ (see extract).   To expand in the above context, imagine a real life situation to be a drama and see how the characters are trapped into playing roles. Typically, these play out in pairs, two of the more common role-play combinations being ‘Interrogator’- ‘Aloof’ and ‘Intimidator’- ‘Poor me’.

The ‘Interrogator’ will keep asking questions, in order to elicit conversation.  Over a period of time, this evokes the ‘Aloof’ response, where the one questioned consistently refuses to reply, is evasive or answers in monosyllables. Imagine the typical scenario of a parent questioning the late returning adolescent. This response builds the frustration levels in the parent and he/she tend to escalate angry inquiries. The pattern only keeps worsening over time, creating a rift in the relationship.  Or the wife who feels her husband does not give her enough time.  As she continues to make demands, ask for explanations to whereabouts, so on and so forth, the resentment only aggravates aversion and disinterest in the husband.

The ‘Intimidator’ tends to be the aggressive, loud, person who dominates the interaction.  Typically, the ‘Poor me’ continues to simmer in unvoiced disagreement and self pity, convinced that there is no other way for things to be.  Where the person playing ‘Poor me’ is in a more dependent and needy position, things can go to an extreme, as there will be complete reluctance to let go of the other person, no matter what the cost.

Beyond a point, no one is really happy with this way of relating.  However, by then, the pattern is so well hidden and the roles so imbibed, that stepping out of the chaos and a return to harmony will require a great deal of awareness and unlearning.

If you find that any of the above is relevant to a particular relationship, or to a particular kind of relationship (such as with a partner, or authority figure, or males, or females, etc…), you may want to incorporate some changes.  EFT is immensely useful  in clearing the emotional baggage, releasing negative habits and limiting beliefs.

What is required is your willingness to taking responsibility for your reactions and a commitment to modifying the same through greater awareness.

What do you need to unlearn today?

Stepping out of the cage (with an EFT script)

The Pause Diet for Joy and Peace

6 thoughts on “Rules of Engagement – And Breaking Them.”