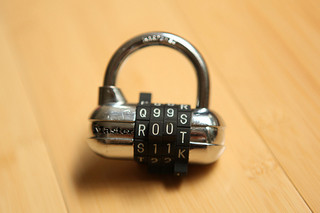 Based upon case experience, I am suggesting below a model of inquiry that may help you realize and release core limiting beliefs about yourself.

As a child you were promised an outing by your cousin. But at the last minute you were told it is cancelled.  You feel let down and disappointed, sorry you believed in the promise in the first place.  This happens a few times more and because the excited, happy anticipation was replaced with equally strong, crushing disappointment, you begin to question yourself.  You begin to regret having trusted your cousin, wonder why you ever believed him/her and conclude that you are naive and foolish, a poor judge of character.  As you grow older, your cynicism makes it difficult for you to believe in others and form trusting relationships.  The few places where you do connect give you great hope and much needed assurance, but only for a short while.  Sooner or later, promises are broken and you end up feeling let down again.  Even more convinced in your lack of judgement, regretting having trusted the other person at all.  You vow once more, never to trust anyone else.

Can you relate to any of this?  The triggering events, resultant emotions and conclusions may differ for each of us.  But this pattern is not uncommon.

A significant event/repetitive events happen and we have certain thoughts and experience strong feelings about it. Based upon this, we arrive at a conclusion. We interpret it to mean something about our self. This process may be conscious or subconscious, but the end result is a limiting belief. Once this has been ingrained, the mind works overtime to record, capture and highlight data and experience that validates this belief.

We then go on to divide the people we meet into two types:

Mistrust, fear and neediness are all unhealthy and eventually take their toll on the relationship.  Consequent deterioration in the rapport will lead us back to the original conclusion, once again reinforcing the limiting belief we started with. The stronger the belief, the more such engagements we attract and the more we reinforce the loop.

This external drama keeps our attention on other people and outward events.  In all the pain, blame, bitterness and victimization, we miss the underlying point of origin – the beliefs we have about our self and the role we are playing in all this.

“Even though I have neglected to notice when I was <discerning/realistic>, I acknowledge and integrate those parts of me now.”

What appears to be a complex manifestation may have a very simple, singular root.

With patience, it is possible to unpeel the layers and clear the issue from its very roots.

If you find this useful, please do share it with others.